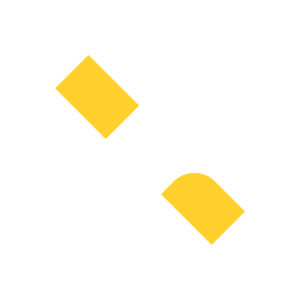 Applications for Internships and Leadership Opportunities are now open for 2021-2022.

​The Integrating Christian Faith Internships and Leadership Opportunities are ways of developing your leadership skills, deepening your understanding of a Christ and investing in the mission of Christ on campus in Ottawa.

Some of the things we look for in interns and leaders are:

Internships and Leadership development is based on four pillars of growth: Biblical Literacy, Spiritual Disciplines, Vocational Calling & Community Service. Working with our campus chaplain, students will be a part of a learning team while experiencing individual growth plans based on interests and needs.

​Internships
Internships will be opportunities to explore faith-based leadership in a campus setting by taking on particular responsibilities that help create hospitality and dialogue within the OCRCC. Roles include Feast & Faith Supper coordinator, Communication coordinator, Campus Inklings coordinator or Justice Coordinator, Prayer/Worship Coordinator. Internships include a minimum $500 financial stipend per semester for students as they learn and serve. Depending on an intern’s willingness to serve, the stipend may increase depending upon responsibilities that an intern takes on. Specific role descriptions are found below.

Small Group & Biblical Reflection Leaders
Additional leadership opportunities are also available based on a willingness to lead a small group or Bible study while being mentored by a campus chaplain/minister. These groups may take on different forms based on needs, time and student’s gifting. Stipends may also be available for this leadership of $250 – $1,000 depending on time and investment that a student is able to give.

The Prayer and Worship intern(s) are responsible for helping to create opportunities for prayer, reflection or worship on behalf of the OCRCC. Throughout the year we would like to encourage students to nurture times of prayer. The Prayer & Worship Intern will ensure:

The Justice and Mercy intern(s) are responsible for the ongoing engagement of students in activities where our hands and feet are put to work. Throughout the year we would like to encourage students to participate in service orientated activities. The Justice & mercy Intern will ensure:

The Feast & Faith Intern(s) are responsible for the hospitality of Feast & Faith on Tuesday evenings. The role includes connecting with supper makers, set-up of Oblate Lounge, clean-up and thank-you notes. By “setting the table,” the Feast & Faith intern play an important role in the atmosphere for Christian conversation and connection.

In the last week of August, the Chaplain will provide a schedule of supper makers along with contact information for the supper makers that year. The Feast & Faith intern(s) will:

“The Inklings were a gathering of [Christian]friends – most of them teachers at or otherwise affiliated with Oxford University, many of them creative writers and lovers of imaginative literature – who met usually on Thursday evenings in C.S. Lewis’s college rooms in Oxford during the 1930s and 1940s for readings and criticism of their own work, and for general conversation. “Properly speaking,” wrote W.H. Lewis, one of their number, the Inklings “was neither a club nor a literary society, though it partook of the nature of both. There were no rules, officers, agendas, or formal elections.” An overlapping group gathered on Tuesday (later Monday) mornings in various Oxford pubs, usually but not always the Eagle and Child, better known as the Bird and Baby, between the 1940s and 1963. These were less formal meetings, and contrary to popular legend the Inklings did not read their manuscripts in the pub.” – From http://www.mythsoc.org/inklings.htm

The Ottawa Christian Reformed Campus Chaplaincy has supported a CS Lewis reading group at the University of Ottawa since 2014. During that time, we have discovered that many students are aware of C.S. Lewis and his friends (JRR Tolkien, Charles Williams and more) who formed the Inklings, but many have not engaged more directly with the literature, theology and philosophy that resonated from these unique individuals. We have also found that the works of the Inklings and others associated with them (George MacDonald, G.K. Chesterton, Dorothy Sayers, etc.) provide a unique way for Christian engagement and witness within a public university.

The Campus Inklings intern(s) are responsible for the ongoing engagement of students through:

The Communication intern(s) are responsible for maintaining electronic communication through facebook, instagram and email as well as work with the team to consider ways to advertise events, gatherings and opportunities. The Communication Intern will ensure: • Facebook event posting • Weekly email • Work with Chaplain and leadership team on any other communication needs

We encourage applicants to apply as soon as possible. Applications received by March 31th will be given priority. Selected students will be notified by April 10th. All interns and leaders will be expected to be in Ottawa by September 3, 2021 (Friday before the Labour Day weekend) for a day of orientation and 101 week organization.

Please apply online by filling out the application from on link below. You are also asked to electronically submit a CV or resume to Sid Ypma, Chaplain. The following information and questions will be asked in the online application.